skip to main | skip to sidebar

Start-up Journal: Jill Scott is Too Glamorous for Hipsters?

Just realized that I had not posted the winter 2011/2012 issue of JUMP featuring Jill Scott.

Lot's of stuff to talk about with this issue. The most interesting thing, to me, has been the reaction to the Jill Scott cover. The mag moved slowly in whiter, hipster areas - guessing the trendy white kids weren't drawn in by the glamorous looking Philly native in the shiny dress. I flipped the mag after a week or so at a few hipsier joints, fronting the artwork by Andy Molholt (below), and the mag flew from drop spots. 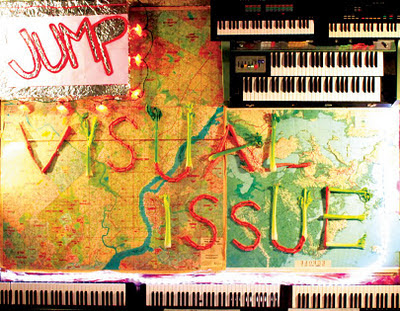 That said, I dropped stacks of 50 mags at the FYE at Broad and Chestnut at least five times, each time fronting Jill Scott. On Friday, two days ago, I dropped off another stack at around 4:00 pm. By the time the store opened Sunday morning, there were only three copies left. I've also hit Reading Terminal Market three times with stacks of 50.

Not sure what to make of that. The mag clearly has appeal with certain people. I don't know how we capitalize on that - financially or with future distribution. My thought is that every issue should always have two covers (rather than selling the back as ad space). That way, we can front the side that is more likely to draw readers at different locations.

I can tell you that we will not cover any genre of music with greater emphasis. The goal is to show off the musical talents of the city and our folks are awesome in a variety of genres. We'll use a cover to draw them in but once inside the mag, they will find a world of awesome stuff (not just their genre).

We held three launch events - at Temple University, the Hard Rock Cafe and The Blockley. They were all great fun but I never want to host another event again. I know that events are good for marketing and promotion, and even possibly good for generating revenue, but I am not a promoter. I have no interest in doing that kind of stuff. It's nerve-racking and not worth the stress.

We appeared on XPN2 with John Vettese. We set the playlist for an hour-long broadcast, featuring music we've documented in the magazine. That was cool.

I despise lists in journalism (first of all, they aren't journalism - they are pure marketing; second, they are lazy). We will never run a top ten list or anything even close. We will not present awards of any sort. They are meaningless. That said, we are up for city publication of the year in the third annual Philebrity awards. It's a bullshit, meaningless award but I want to win. As a new publication, we need any validation (and recognition) we can get.

We have other cool stuff on the horizon. For instance, we started a partnership with Philly Beer Scene magazine in which we'll do a regular column about beer and music (the first story is in the newest issue of Philly Beer Scene).

That relationship was born out of a magazine collective we created with Philly Beer Scene, Grid, Origivation, Motivos and two.one.five (if they ever print again). Not sure how the collective will work together but we're thinking there are commonalities with advertising, printing, content-creation, distribution and other back-end services.

This is very exciting to me as I really enjoy the people in this collective. They are bright and innovative - recognizing that print isn't dying. It's big media that is in trouble. We have all created publications that are primarily print and loved by their respective audiences (JUMP may not be beloved yet but when people see the mag, they become instant fans). Innovation doesn't always mean digital. Innovation is recognizing niches that can be served and building business models that can be sustainable (and profitable).

Other interesting JUMP stuff: got a few more major advertisers and I have been talking with another music organization about running their publication as an insert in JUMP. Things are lining up nicely for 2012.
Posted by Geo at 11:12 PM 2 comments:

George Miller is a journalism professor at Temple University, and a freelance writer/ photojournalist/ videographer.

He's basically curious about everything. Really. And he leaves his thoughts here.

If you have questions, suggestions or comments, drop him a line: gwm3@temple.edu.

Friends of the Logic